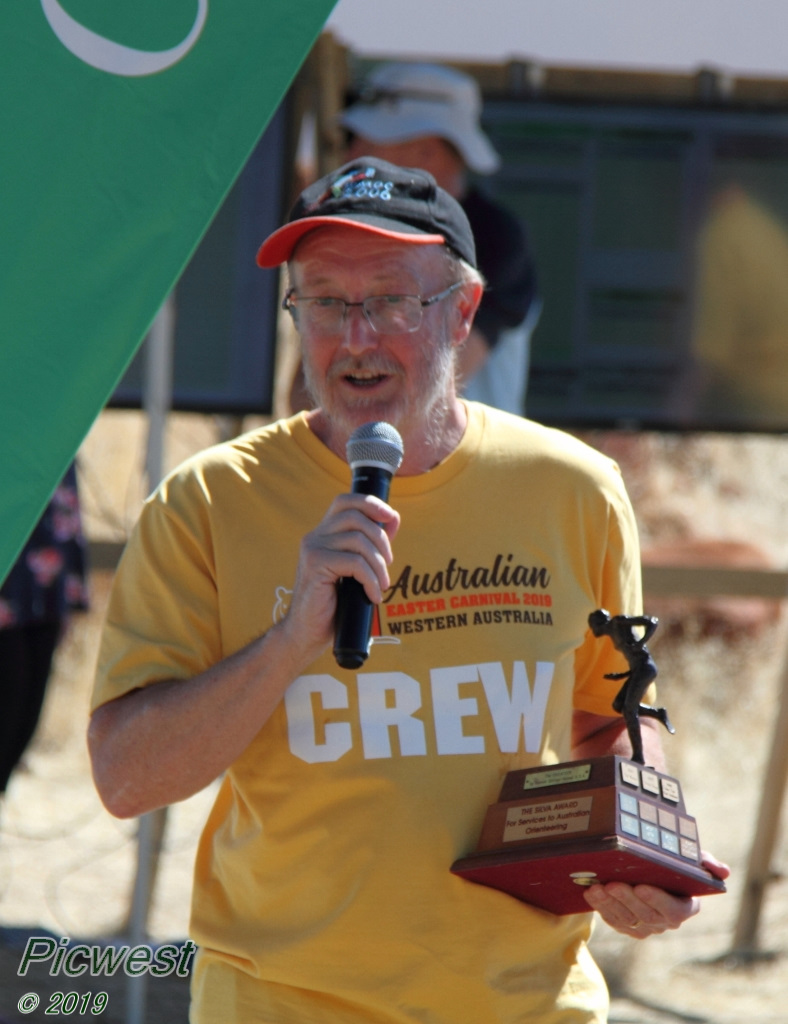 Attendees at the OWA 2020 AGM unanimously approved Council's proposal to confer life membership to Richard in recognition of his achievements and dedication to our organisation.  He is the only person in WA to be a life member of both OWA and WARA.

Richard Matthews joined OWA on a “free transfer” from Walton Chasers when he moved to Australia in 1981.  He was initally a member of BO but then transferred to LOST when he moved to Leederville.  Richard has, over more than thirty five years, been a very active member of the Association, setting events, controlling, mapping, organising and leading.

Richard is a Level 3 Controller and IOF Event Advisor. He is highly regarded controller and course planner who has set and controlled events at local, state and national levels. He has always strived to make his events enjoyable, fair and well managed. As a regular attender of International events, Richard has transferred his experiences to the betterment of at least three of WA’s Easter Carnivals and is currently advising New Zealand with the organising of next year’s Oceania Carnival.

Richard has taken on numerous committee positions on OWA’s Council, including Mapping Convener (1987–1989), Education/Promotion Convener (2007­–2009), Technical Convenor (2010–2013) and President (2017–2019). He has always been progressive in his approach to moving OWA forward and can be a patient yet tenacious problem solver in times of crisis. Richard lead from the front, when Water Corporation removed our access to much of the Helena Valley and put the holding of the 2019 Easter Carnival in jeopardy. Richard has also represented OWA at a national level ensuring that our remote state’s voice was heard.

In 2019, Richard was awarded the SILVA Award by Orienteering Australia for all round services to his club and State as an administrator, course planner, controller and mapper.